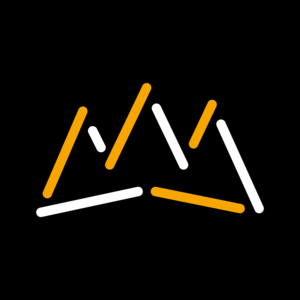 The Sabbath is a gift given to us by God but many Christians aren't sure what to do with it. Luke suggests the principles of rest and rejoicing can help us make the most of the weekly restoration God is offering us.

I think this makes keeping the Sabbath not a matter of necessity but of wisdom. It's also a way that God's people show themselves distinct in an always-on culture, and how we can show what God is like. Two principles summarise how we should practice it: rest and rejoicing.

Sunday is the best day because it's when our church worships God together – that gives definition and shape to the rest of your Sabbath. Some of us have to work on a Sunday and what matters most is the rhythm of one day in seven, though having the same day each week will help you build a habit.

This requires preparation, using the other six days wisely and fruitfully, and being disciplined about not going near work – especially if you work in the home and you have a smartphone with apps for work, rest, and other things!

Psalm 92 is "A song for the Sabbath" and starts with praise to God for what He has done. We should spend this day rejoicing in God. By not doing loads of the things we do the rest of the week, we have time to focus on Him. We can read His word more attentively and really meditate on it. We can sing songs about Him. We can talk with Him, setting aside the request prayers that fill the rest of the week for more conversational questions and reflections.

God has given us so many other ways to see and experience Him through His creation, or His creatures' creativity. Other people should be involved in this. Don't just do nice things: this day is about increasing our awareness of God and our affection for Him.

Remember that Jesus is the Lord of the Sabbath (Mark 2:28). He launched public ministry on Sabbath, declaring freedom for captives – which is what we all are without Him (Luke 4:16-19). After doing His great work on the cross, He "rested" in the tomb on Easter Saturday, the Sabbath. So He says to us in Matthew 11:28-30, The Message: "Are you tired? Worn out? Burned out on religion? Come to me. Get away with me and you'll recover your life. I'll show you how to take a real rest. Walk with me and work with me – watch how I do it. Learn the unforced rhythms of grace. I won't lay anything heavy or ill-fitting on you. Keep company with me and you'll learn to live freely and lightly."